An important step in the engineering of biotherapeutics is to characterize and group a library of monoclonal antibodies by the epitope binding regions generated against a specific antigen. This “epitope binning” enables the maintenance of epitope diversity and provides important information to broaden intellectual property protection. The IBIS MX96 & CFM combination enables high throughput epitope binning of 96 antibodies direct from supernatant using less than 200 µL of each clone, overcoming the sample consumption, throughput limitations, and/or labeling restrictions of current methods.

What is epitope binning?
In epitope binning, antibodies are tested in a pairwise combinatorial manner, and those that compete for the same binding region are
grouped together into bins.

Why perform epitope binning?
In the quest for therapeutic monoclonal antibodies (mAbs), tools that allow an optimal candidate to be selected from a large number of leads can make the difference between a successful program and a clinical failure. A mAb’s epitope correlates with its functional activity, but the in silico prediction of B-cell epitopes is not yet possible, so epitope selection remains an empirical process. Organizing mAbs into epitope families or “bins” can be helpful, because mAbs that target similar epitopes often share a similar function. An epitope bin with functional activity can provide several potential leads to choose from. Conversely, if mAbs from multiple epitope bins exhibit functional activity, this implies different mechanisms of action, which can be advantageous when pursuing an oligoclonal therapy to treat some cancers or infectious diseases where simultaneous targeting of more than one biological pathway may be needed.

Commonly, however, antibody affinity remains the primary selection mechanism. By using affinity for selection, the result may be the selection of a panel of antibodies that bind to the most one or a few epitopes. This epitope bias can be proble- matic if the functional epitopes are not represented by those selected with the highest affinity.

Best way to do epitope binning?
Previously, epitope binning has required significant time, sample and manpower for experimental setup and data analysis. This has limited its application to small numbers of samples later in the development process. IBIS has developed a turnkey, high- throughput SPR solution which consists of three integrated components: Flow printing of microarrays, SPR imaging of the microarrays, and custom software tools for experiment setup and data analysis.

Binning software
The antibody binning software tool was designed to process the massive data sets enabled by experiments run in an SPRi format, where 96 ligands can be tested against 96 analytes.

The antibody binning software tool was designed to process the massive data sets enabled by experiments run in an SPRi format, where 96 ligands can be tested against 96 analytes.
The primary functionalities are:

Read in up to 9,216 sensorgrams based on classical or premix binning assay formats.

Quickly explore and curate the data. Plotting of injections, ligand spots, or other groups of interactions is possible from any point in the program, enabling the viewing of the raw data alongside the heat map generation, sorting and bin allocations.

Define measurement points and generate a heat map showing blocking and sandwiching interactions with a high degree of automation and user control.

Sort the heat map into like-behaved antibodies and assign them to bins using custom algorithms and software automation.

Prior to the development of this software tool, the data analysis of even small panels of epitope binning could be a time intensive and laborious process. Now a data set of 9,216 interactions can be binned in minutes! 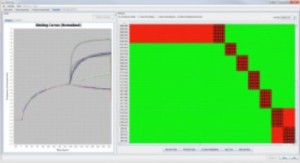 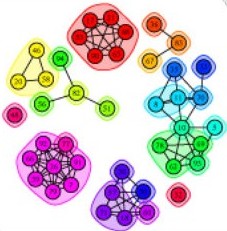 If you have any questions we will call you back.

At IBIS, we want our customers to achieve the highest level of excellence when performing SPR measurements.

Demonstration at your location

Call me back More information

Make the difference between a successful program and a clinical failure
We use cookies to ensure that we give you the best experience on our website. If you continue to use this site we will assume that you are happy with it.OkNoPrivacy policy